The society was started in Hereford 1962 with 6 members and £1.45 in the bank.  It’s main aim in those days, was to establish a model engineering society in the city and then build a miniature railway.  The main interest in this fledgling club was steam locomotives, the original name being ‘The Hereford Live Steamers’.  In 1962, steam was still the main motive power for British Railways.

The search was on, as this group tried to find a suitable piece of ground on which to build a miniature railway track.  A new member offered the perimeter of his garden and a small 450ft, elevated track was built for 3.5 inch gauge engines.

As membership grew, it became obvious that this site could no longer cope with the increase in membership numbers and locomotive sizes, so a new site search began.  History repeated itself when another member offered the use of his garden and a second track was built.  This time a ground level multi-gauge layout was adopted, so that both 3.5″ and 5″ gauge locos could operate.  In order to reflect the now wider membership interests, the name was changed to ‘The Hereford Society of Model Engineers’.

Needing a permanent site to include even larger locomotives, brought us to the present, council-owned, multi-purpose site currently being developed at Broomy Hill.  We now have around 100 members living throughout Herefordshire and surrounding counties, who model in all types of engineering including steam and electric locomotives, traction engines, clocks, stationary and hot air engines.

The current members enjoy regular working parties at the Broomy Hill site, where all the real work is done (in between the tea drinking and leg-pulling).  There are also twice monthly meetings on a wide range of subjects relevant to the varied interests of the members.  This is one of the times when members who cannot always get to Broomy Hill, can meet fellow members for a chat, exchange ideas, pick up useful tips or even obtain materials.  There is also a quarterly magazine, keeping everybody up to date with the events programme and gossip.

We will be exhibiting at : 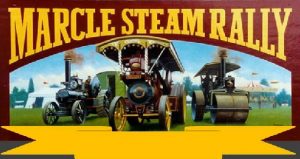 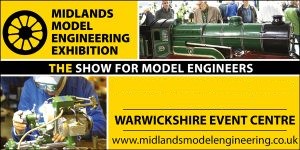